Try all of Tigtag's videos and learning resources today!

These are the bold words of 18th century Swedish scientist Carl Linnaeus.

Linnaeus was a confident young man who wanted to make a name for himself in botany, or plant science.

He was particularly fascinated with the great variety of plants in the world and wanted to create a way of organising them.

One day he thought he noticed something that no one else had.

He thought that every plant could be organised into groups according to the number of male and female reproductive organs they had.

He noticed that the flowers of some plants had two male parts, while others had more than 20.

So Linnaeus created a classification system based on this physical characteristic.

He was devastated when other scientists pointed out that his method was not accurate – flowers of the same plant could have different numbers of reproductive organs.

Undeterred, he refined his system, grouping plants by other physical characteristics, such as leaf shape and seed type.

During this period, Linnaeus had become a professor of botany, and just like these students on a field trip, he would often take his class on expeditions to identify plants.

However, he found it difficult to teach using the lengthy names that were given to plants at that time.

This translates into a description of the plant – the short-stemmed, free-petalled, fruiting violet.

Linnaeus simplified plant names into a two-part Latin name, based on his new classification system.

So this plant name was dramatically shortened to Viola mirabilis.

Linnaeus went on to name every documented plant and animal in this format.

For the first time the world was able to communicate about the natural world in a universal language.

A language that is still used today.

Find out how an 18th-century Swedish botanist revolutionised the way organisms are classified.

Why do we classify? 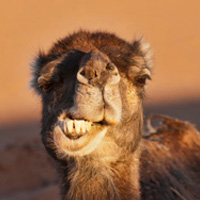 Does it have fur?

<iframe src="http://www.tigtagworld.com/clil/film/embed/carl-linnaeus-PRM00688/" height="445" width="515" frameborder="0" webkitAllowFullScreen mozallowfullscreen allowFullScreen ></iframe> Copy and paste the embed code above to include this video on other websites.